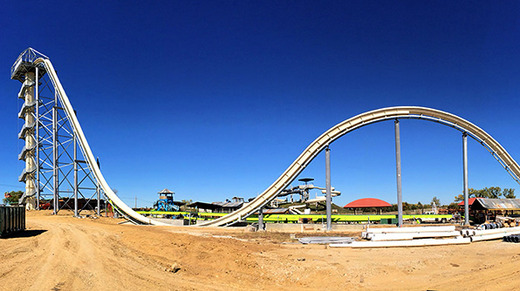 Kansas City waterpark Schlitterbahn celebrates the month anniversary of the opening of its prized attraction, Verruckt, a 168 foot tall water slide. Verruckt, which translates from German as “insane”, was certified in April by Guinness World Records as the world’s tallest water slide.

The  slide was initially scheduled to open to the public on May 23, but was delayed  after early tests with sandbag-filled rafts encountered breaches of safety regulations. Six weeks later however,  media members and local dignitaries took the first rides including Kansas City mayor Mark Holland. “It’s ridiculous” he said “You gotta think, why are you doing this? But then you cast common sense aside.”

Once its 264 steps have been scaled, the water slide stands taller than the Niagara Falls. The descent is steeper than any ski slope and propels each raft at speeds faster than a cheetah can sprint. Upon finishing the first drop, the raft approaches a hill which, when experienced, is said to be the equivalent of jumping over 21 semi trucks parked side by side and which then launches the raft down a final gut wrenching 50 foot drop. In reflection, Schlitterbahn co-owner Jeff Henry, who thought up the idea for the slide two years ago, claimed the Verruckt to be “the baddest ride that’s ever been built.” Since its opening, Verruckt has achieved widespread critical acclaim and such is its popularity, can only be enjoyed upon reservation. 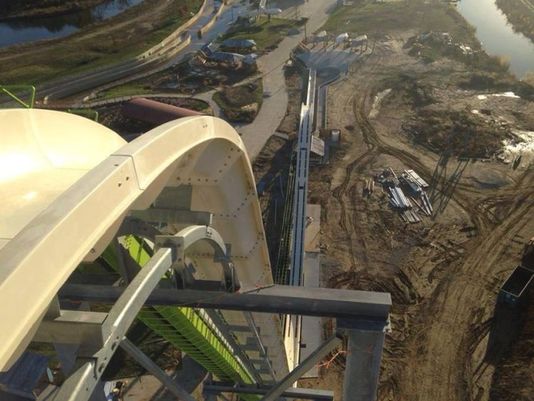