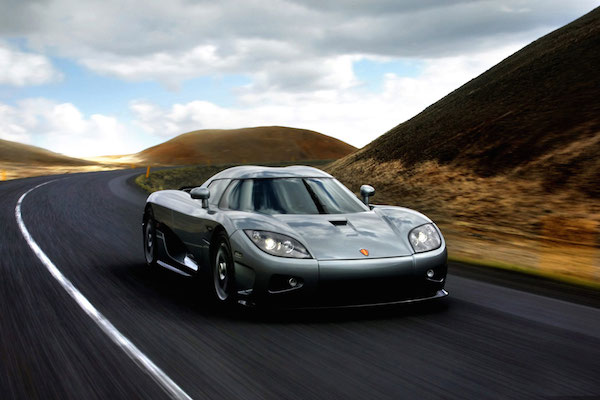 Luxury supercars are often a rare and special sight. Even the biggest manufacturers in the world tend to have a limited production of any given model. These ultra-rare hypercars are the most exclusive cars in the world, boasting incredible top speeds, the most technologically advanced engineering and unique impressive designs. Discover here a list of the five rarest luxury supercars ever produced.

The Bentley Hunaudieres was named after the famous high-speed straight at Le Mans, where the Bentley legend first hit the headlines winning the 24 hours of Le Mans five times in the 1920s. This powerful 8L hypercar produces 625 horsepower and can storm to a top speed of 220mph. Its beautiful streamlined exterior lines give the Bentley a truly innovative design. In fact, The Hunaudieres inspired the stylish design of the Bugatti Veyron. The British Racing Green gives the car a touch of elegance and yet only one of these stunning hypercars was ever produced.

The Maybach Exelero is performance-inspired unique luxury supercar. Featuring a 5.9L twin-turbo V12 engine that cranks out more than 700 horsepower, this powerful machine could reach a top speed of 218mph. This futuristic supercar boasts stylish aerodynamic exterior lines and a comfortable leather interior. Maybach, the German luxury car manufacturer only ever produced one model and it is valued at an astonishing price of more than £5million.

Keating is not the most well-known supercar manufacturer on this list. In fact, there are probably many who have never heard of the British-based company, yet the TKR rightly makes its way onto this list. Built in 2010 with the intention of breaking the blind land speed record using parts from the Pagani Zonda and the Saleen S7, it was seen as a challenger to Bugatti. Unfortunately, despite claims from the company that it could accelerate from 0-60 mph in just two seconds, the car crashed on a test run and that remains the only model of the TKR ever made. However, prior to the crash it was clocked at a speed of 260.1 mph, in its quest to reach up to 300 mph.

Lotec is another company that many will not have heard of. Founded in 1962 by German Kurt Lotterschmid, much of the company’s early years were spent creating parts for Mercedes-Benz. However, in 1990, an oil baron from the United Arab Emirates commissioned Lotec to manufacture a one-of-a-kind supercar especially for him. Thus the Lotec C1000 was born. Finally completed in 1995 for a price of $3.4 million USD, the car posted figures that would be impressive today, let alone in the mid-90s. The manufacturers claimed that the car could accelerate from 0-60 in just 3.2 seconds and from 0-125 in 8.1 seconds. The 5.6 litre Mercedes V8 engine that the car boasts can produce over 1000 HP and there are even claims that the car can reach speeds of up to 268 mph. This is a staggering figure given the year in which the C1000 was completed.

The Koenigsegg CCX was a new generation Koenigsegg incorporating the latest available technology and was constructed using more efficient materials. A more reliable powerful engine, a carbon-fibre chassis and an award-winning aerodynamic design combined to produce a high-performance luxury supercar that could still comply with the toughest worldwide emission regulations. The Koenigsegg CCX was a 6-speed manual that had a 4.7L twin supercharged V8 engine, capable of surpassing a staggering 245mph. Despite the sheer brilliance of this supercar, only 2 were ever made.