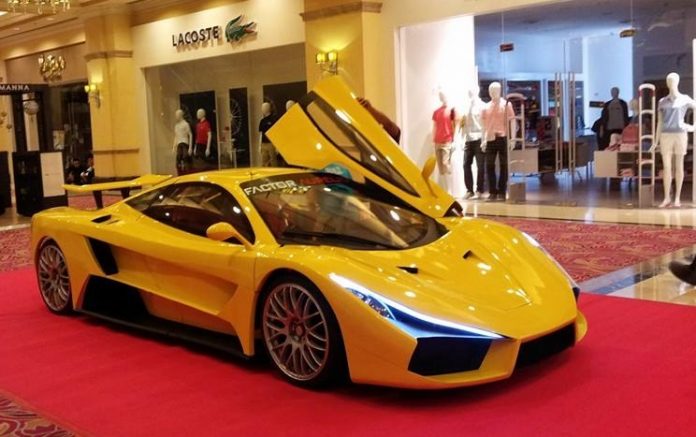 We all know the supercar giants of this world. Italy of course features with the Germans in tow, while America and Sweden may also come into consideration with the SSC and Koenigsegg respectively. However, they must now find room for one more on that list. The Philippines have just produced their first supercar, and it is beautiful.

This stunning model was built by a four man crew called Factor Aurelio Automobile based in the Philippines. Low-slung and brightly coloured, the Aurelio brings to mind modern Ferraris and McLarens in its design, but nonetheless packs a far weaker punch. Although the Aurelio boasts a Mitsubishi 4G63 four-cylinder engine capable of reaching speeds up to 186mph, it is dwarfed by engine performances of the bigger brands of the supercar world. Nonetheless 457hp is nothing to be sniffed at and so the Aurelio is still rightfully being hailed by critics as an excellent modern supercar.

Not only will the critical praise stand the Aurelio in good stead, but also the fact that 80% of the Aurelio’s components were sourced form the Philippines means it is one of the cheapest supercars available. Currently, the Aurelio is priced at 1.6 million Philippine Peso, that’s £21,620 or the same price as a brand new entry-level Toyota 86!

But before you head out the door to buy yourself an Aurelio, the sad news is that, with such a small team working on such an enormous project, maximum production output is at a miniscule 10 units per year. Still, I think we can all appreciate that they are 10 very good cars.