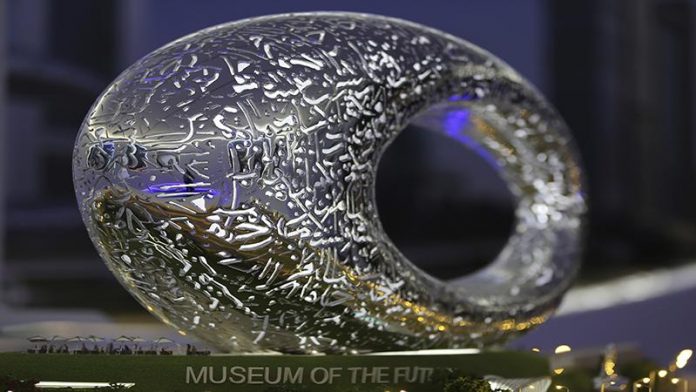 Dubai is already a well known hub of impressive building projects. The United Arab Emirates city is home to the world’s tallest building, the Burj Khalifa; the Dubai Mall, the world’s largest mall and Palm Islands, a spectacular man-made archipelago just off Dubai’s coast. Not content with this, Sheikh Mohammed bin Rashid, vice president and ruler of Dubai has announced the building of a ‘Museum of the Future’, due to open in 2017.

The building will be an oval ring-shape and is to be built on a grassy hill near the Burj Khalifa. The project will cost 500-million-dirham ($136-million) in total and will feature exhibitions showcasing innovation. Commenting on the project, Sheikh Mohammed said: “His Highness Sheikh Khalifa bin Zayed Al Nahyan, our President, has declared 2015 to be the year of innovation in the UAE. Today, we show how serious and committed we are to that mission by turning the UAE into a major international destination for innovators. The future belongs to those who can imagine it, design it and execute it.”

With its motto as “see the future, create the future”, the museum will “actively produce futuristic inventions,” claims the Dubai government said, and provide a “permanent home for the world’s greatest innovations.” Living up to its name, the Museum of the Future will be constructed using modern 3D printing techniques. However the museum is not the sole building development planned to alter the metropolis. Indeed, last October, plans were made to build the world’s tallest twin towers in the United Arab Emirates, while the Dubai Miracle Garden, the world’s biggest natural flower garden will transform the city in the desert with a 72,000m2 park comprising 45 million flowers.