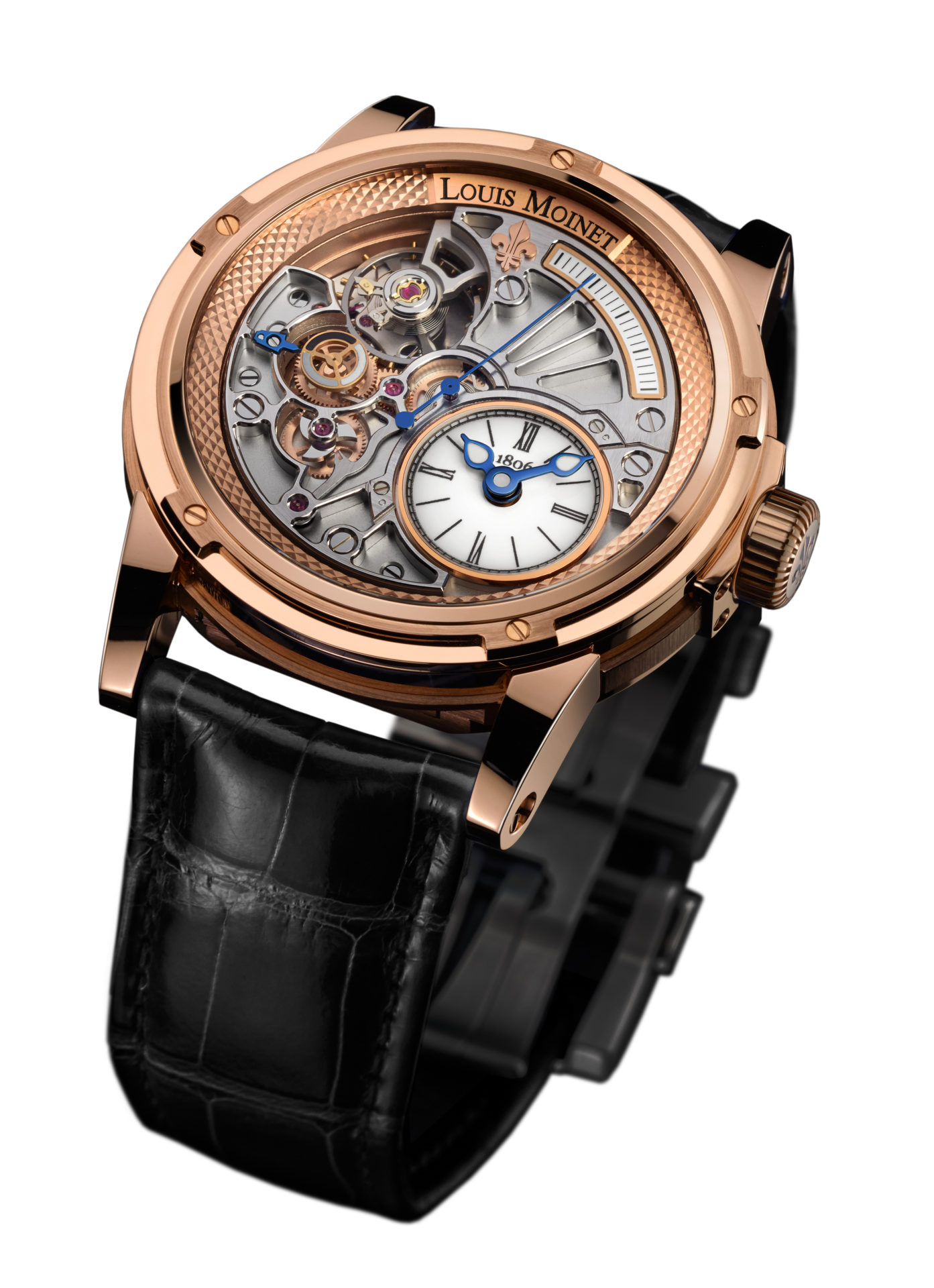 Discover the award-winning Louis Moinet; the watch brand that creates time itself with its futuristic mechanics and innovative design.

In Paris 1816 the father of time revealed himself: Louis Moinet the gifted watchmaker designed and invented the first ever chronograph several years prior to Nicolas Rieussec patented his watch in 1862. His pocket watch had a frequency of 30 Hz per hour, a record that took over a century to beat.

Today, the Louis Moinet brand boasts of unrivalled quality and wisdom as unique design and exclusive materials are bound together by the greatest watchmakers of this century.

The Dragon Tourbillon: The dragon, a legendary creature of power, has a scaled armour that protects its long snake-like body. His strong tail and piercing antlers act as weaponry along with his magnificent eagle-like talons. Effortlessly he glides through the sky with his pearl of power- his fiery breath.

This hand-graved watch is the result of more than 50 hours work. 18K gold supplies the dragon with his body enabling the alteration between charcoaled-grey to polished gold giving the form and texture that brings the body alive. The cut of the dragon reveals orange and red colour fossilized dinosaur bone estimated to be 150 million years old. As the body weaves into a figure of eight, a number considered lucky in Chinese culture, he stands against a black jade dial.

The Dragon Tourbillon casing made from 18K rose gold has 59 different parts and a Louis Moinet signature Guard creating a watertight system. Screwed in place, the guard presents a major advantage when servicing compared to soldered systems. The retail prices for this exceptional watch is CHF 260,000, USD 260,000 or €260,000

Labelled Sun, Moon, Mercury and Mars, the Moonstone found on the earth is rare. The most rare of the group is the Martian meteorite with only 70 worldwide that have been authenticated by scientific institutes. Sahara 99555 labelled ‘Mercury’, is the solar systems oldest rock estimated at 4 billion 566 years and this rock, although to this date unverifiable, is believed to have come from the planet Mercury. The ‘Sun’ stone is from the Itqiy asteroid formed near the sun. The retail prices for this exceptional watch are USD 353,415 or €279,800

This July, the brand received the merit for Development Award from the International Institute for Promotion Prestige (IIPP)- a highly desirable award in collaboration with UNESCO.

For more information about the history, the design and the material of these watches visit the Louis Moinet site.