Ever wondered what it would be like to live in the world’s most expensive penthouse? Well one lucky albeit rich suitor is about to find out.

It’s the first new skyscraper to be built in Monaco since the 1980’s and it has proven to be worth the wait. Upon its completion, the Tour Odeon will stand at 170m high and, as if the cherry on the top, its luxury rooftop penthouse will be the most expensive in the world.

Monaco has always attracted the most wealthy and famous. With its fine dining and fine living lifestyle among the palm tree lined walkways and shimmering Mediterranean blue sea, there is little wonder why. In fact one in three of Monaco’s 38,000 residents are millionaires.

Indeed, Monaco is currently experiencing a housing boom, with a landslide of interest in real estate in the tax free haven. High net worth individuals from Switzerland, Britain and America in particular are fleeing to the warm French Riviera climate  to escape higher taxes and a loss of banking privacy.

This particular penthouse  atop the glamorous Tour Odeon will surely attract a lot of foreign suitors and here’s why: the enormous 3,300-square metre penthouse has five floors and comes with an infinity pool complete with a slide and some of the most extraordinary aerial views of the Mediterranean principality. It also has  five bedrooms, a living-room, a dining area, a luxury hammam and spa, a home cinema, and a gym.

Any potential buyer is also guaranteed the finest in luxury living. Services such as an in-house luxury caterer, a 24/7 concierge service and a chauffeured limousine combine to create a “five-star-hotel experience on a daily basis”. 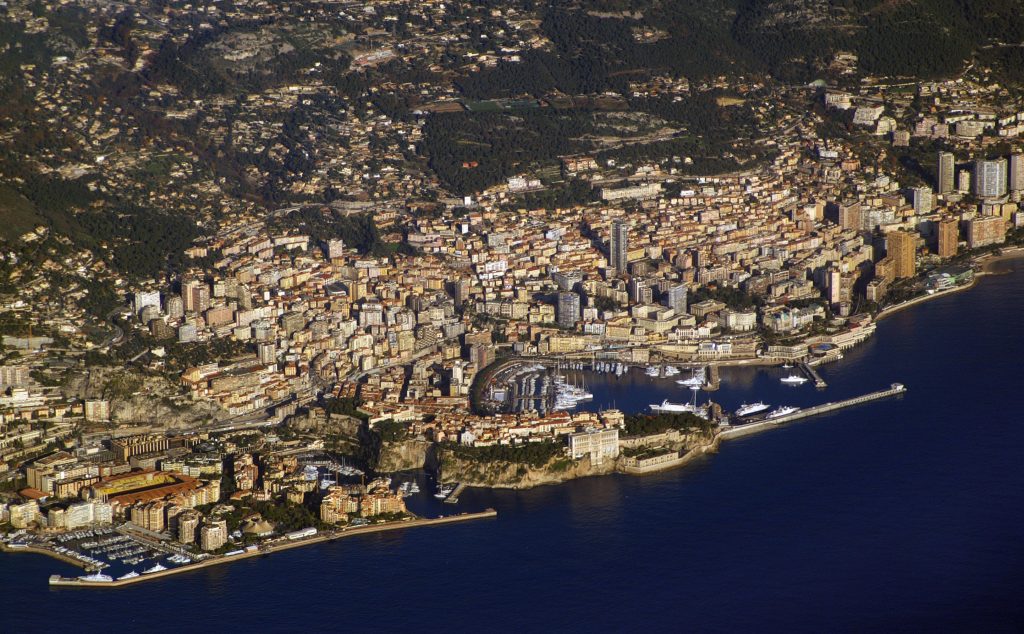 In spite of some controversy surrounding the skyscraper, including the arrest of five people linked to the real estate project for suspected corruption and money laundering there remains plenty of interest. So far, 26 of the Tour Odeon’s 36 luxury homes have been sold, with eight of them fetching between €55,000 and €70,000 per square metre.

The penthouse itself is expected to go on sale in 2015 and is already listed at €300 million. That figure alone would blast the next most expensive penthouses out of the water, but company director Daniele Marcozo is even more ambitious. “We think we can get a little bit more” he says.