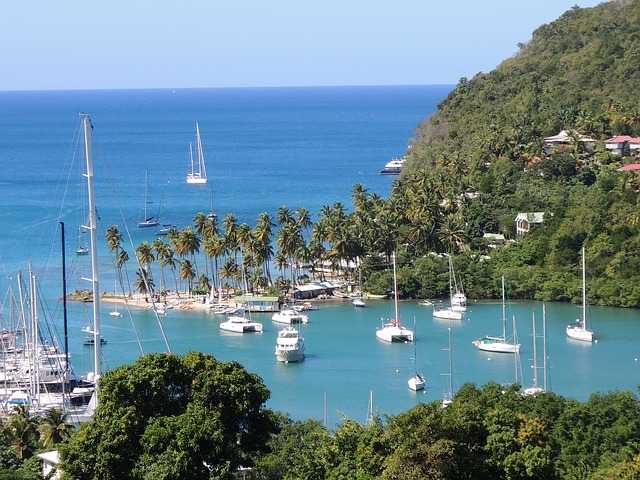 Tucked at the bottom of the Caribbean islands, a mere 24 kilometres off the coast of Venezuela at its closest point, are the three islands of Aruba, Bonaire and Curaçao. Together referred to as the ABC’s, these islands have not just location and neighbouring initials in common; they also have a shared colonial history which has seen them fall under both Spanish and Dutch rule.

Independent from the Netherlands since the dissolution of the Netherland Antilles in 2010 (yet still referred to as the Dutch Antilles), each of the ABC’s has their own distinct personality and combined they overflow with an array of attractions which make them the perfect Caribbean yacht charter destination.

Aruba, the furthest left of the islands, may be the smallest of the three but most agree it boasts the finest beaches, characterised by idyllic stretches of pristine, white sand and crystal clear waters. Eagle beach, close to the islands very Dutch sounding capital Oranjestad, is recommended for water sports such as windsurfing and kitesurfing. The waters surrounding the islands also offer some interesting wrecks sites for divers. The best dining of the ABC’s can be experienced in Oranjestad, as well as world class golf facilities. The most developed of the three islands; Aruba is also home to high rise resorts and numerous casinos.

A diver’s paradise, Bonaire, the island the furthest right in the chain, is known for the reefs which form the Unesco World Heritage listed Bonaire Marine Park. An immense and impressive national park, it extends along the entire coast of the island and one of the unmissable stops of your ABC islands yacht charter itinerary. Bonaire, which is Arawak for ‘low country’, offers a more relaxed approach to life than its neighbours and its compact capital, Kraledijk, has a charming waterfront characterised by brightly painted buildings housing restaurants and bars. We’d also recommend exploring the Washington-Slagbaai National Park, to the northwest of the islands, a tropical desert full of exotic parrots, iguanas and flamingos.

The middle (and largest) of the three islands, Curaçao is quite a mix of its two neighbours with a vibrant culture and natural beauty. Island life centres on Willemstad, the capital whose distinctly-painted colonial architecture is another of the ABC’s Unesco World Heritage listed sites. The largest town in the ABC’s is also home to some of Caribbean’s finest, and most educational, museums as well as one of the its more unusual sites; a floating produce market which, every morning, attracts vendors from Venezuela. The coast to the north of Willemsted is worth taking some time to explore. Dotted with traditional fishing beaches and secluded coastlines, it is the ideal place to enjoy a superyacht charter Caribbean experience.