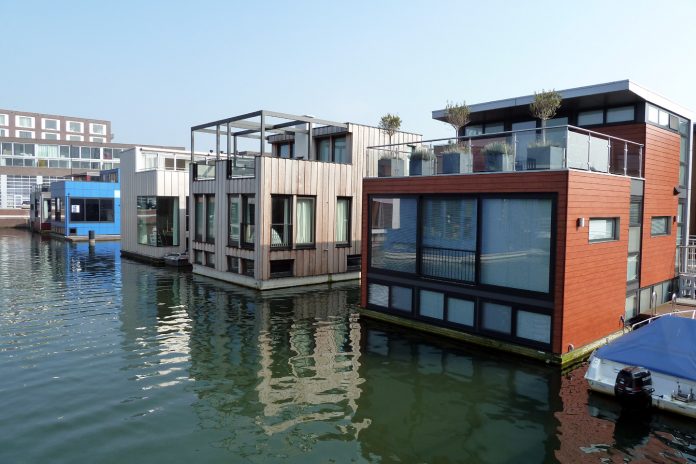 The UK could be set to welcome its first floating village in the London Docklands. Lead architect Professor Alex de Rijke, of London’s Royal College of Art, promises to bring luxury apartments on floating platforms to London. The 15 acre site will be host to a “thriving community” of 50 homes with restaurants, cafes, bars and even an ice rink. The futuristic project is set be located next to the 69,000 capacity ExCeL Centre in East London and near the financial hub of London’s Canary Wharf.

Mayor of London, Boris Johnson, recently claimed that ‘”this site has the potential to become one of the most sought after addresses in the capital while breathing new life back into London’s waterways.” The ambitious building project will attract a different kind of client to East London with its design being unique to the UK. Similar residences exist in Ijburg, Netherlands.

The scheme however may not come to fruition. It has been met with strong criticism by the mayor of the borough of Newham, who will help to decide whether to grant planning permission next spring. He believes the prospective homes’ high end prices risk hastening London’s slide into a millionaire’s playground. In any case, the docks which have existed since 1855 would be getting a serious face lift if plans for a floating village were given the go ahead.