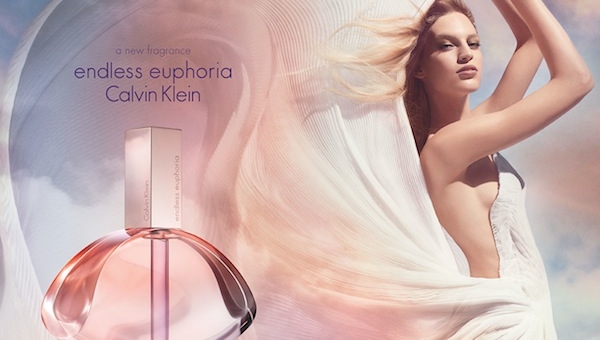 The launch of the new fragrance Endless Euphoria by Calvin Klein is set for February 2014 , when it will be presented to the public worldwide.

Recently, the company unveiled the details of its ad campaign for the new fragrance: model Vanessa Axente became the face of the fragrance in the video commercial, shot by the famous French director Fabien Baron. As for the photo session for the new perfume, it was carried out by the famous photographer Steven Meisel.  The dress chosen for the campaign was designed by Francisco Costa – creative director of the brand Women’s Creative.

The new fragrance is told to be an enhanced and fresher version of a highly successful perfume Euphoria by Calvin Cline, which has become a modern must-have for women worldwide.

We look forward to the getting our hands on this new creation by Calvin Klein!