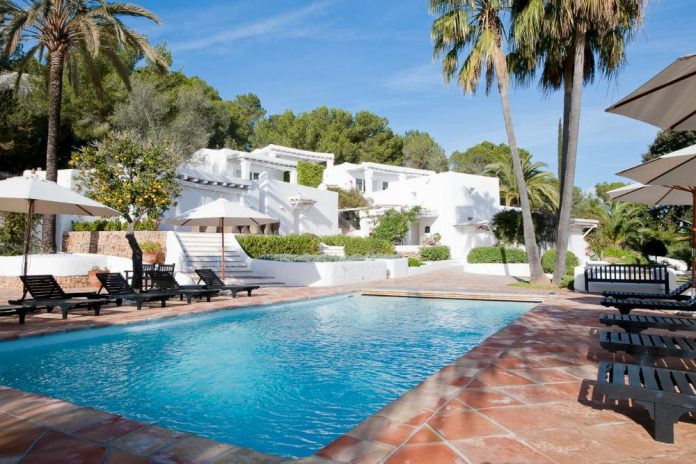 Could the Balearics offer you more than just a luxury holiday? With a booming property market and the falling value of the Euro compared to British Sterling, perhaps island living could be a dream turned into reality.

The Balearic Islands have become one of Europe’s most desirable destinations and affluent property buyers are increasingly turning to for their next purchase. Already the choice of many of the world’s super rich, agents and property owners are now comparing Ibiza to the Côte d’Azur in terms of its glamour and lifestyle appeal.

Several of the world’s five-star hotel chains have invested in Balearic properties and the world’s most expensive set-price meal was launched in Ibiza, priced at €1,500, or £1,190 a head. To welcome the affluent visitors, marina berths have been enlarged in order to accommodate boats of up to 300ft.

It is not surprising then, that the Balearics are no longer perceived as simply the package holiday haven for club revelers.

According to Knight Frank the islands are firmly on the radar of wealthy second homebuyers and demand has strengthened since 2013. Prices have remained relatively firm compared to parts of mainland Spain and the strength of the Euro against sterling has helped attract demand. The pound and dollar are seeing the strongest conversion levels against the euro in 8 and 11 years respectively. This provides an attractive financial incentive and can perhaps be attributed to the quantity and value of properties being sold on the islands.

It is reported that a quarter of Spanish property sales last year took place in the Balearics, with a third costing more than €5million. Prices achieved for luxury Ibiza villas in 2015 have reached unprecedented highs, some topping more than €100,000 a month.

Knight Frank reports that the €3-€5m price bracket generates the most interest, with the capital Eivissa (Ibiza Town) and the area surrounding Santa Gertrudis proving popular. It is expected that the area north of Santa Gertrudis, including San Juan, will emerge as a prime hotspot in future years.

So who is buying up Balearic real estate? According to Sotherby’s International Realty, the islands have the highest foreign resident population in the whole of Spain (20.1%). He suggests that it is this nationality mix that keeps the property market so resilient.

Ibiza Sotheby’s International Realty Managing Director Daniel Chavarria Waschke stated, “The increase in British buyers in Ibiza is nothing short of incredible. The Brits have most certainly returned and lead the nationality rankings for enquiries at 40% with a big gap to the next nationalities – Italians at 8%, Dutch 6% and Germany 6% – a slight dip since 2012.  We then have Swiss, Russians and a handful of American, Lebanese or other Middle Eastern nationals living and working in either the UK or Switzerland. And it’s not just holiday homes, the superb International College and buzz of design and media activity on the Island attract many clients who buy for permanent residence.”

The Introduction of a new ‘golden visa’ has provided an enticing incentive for non-EU buyers. The law, approved by the Spanish Parliament, grants non-EU citizens purchasing properties above €500,000, to become Spanish residents. This provides a fantastic opportunity for investors from Asia and the Middle East.

So with visa and financial incentives, married with the lure of luxurious sunshine living, it is easy to see why property purchasers are turning to the Balearics to call these Islands home sweet home.