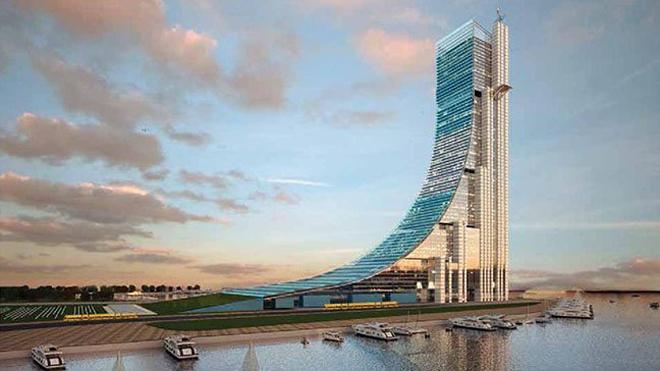 Plans for Latin America’s tallest skyscraper have been announced by Argentinian President Cristina Fernández de Kirchner. The Cinematography and Audiovisual Tower at the Puerto Madero in Buenos Aires, Argentina will include television and movie studios, educational institutions, museums, private offices and a hotel on the top 13 floors.

Five proposals were elected to use the 216,000 square meters of space on the port. Of those proposals, Álvarez Bernabó Sabatini’s design was selected. According to the official announcement, the building’s design is “a geometric abstraction that represents Argentina” and, at 335 metres high, the 67 floor skyscraper will be Latin America’s tallest building. Previously the record had been held by the 300 metre Costanera Tower in Santiago, Chile and then by the 330 metre tall tower in Monterrey, Mexico.

The $300 million project will be financed by the Argentine government as part a plan to improve the Puerto Madero neighbourhood’s green areas by relocating industrial warehouses and unused buildings to the tower. Construction will begin before the end of the year with projected completion in 2018.